St Joseph’s RC Junior School appointed CaterPlan to carry out the refurbishment, working in conjunction with their appointed building contractor, on the proviso that the work could be carried out and completed to a strict programme of works, ensuring that the kitchen was ready for use again for the new term.

After we stripped out the existing kitchen and disconnected all the appliances, some of which would be re-installed and re-integrated into the newly refurbished kitchen, the appointed building contractor set about upgrading the mechanical and electrical services, and preparing the floor and walls for the new hygienic coatings.   Once the site was ready, and in line with the programme of works, CaterPlan installed the new Altro white rock wall cladding, Altro vinyl safety flooring and stainless steel wall cladding behind the two cooking areas.  Once this was completed we carried out a full kitchen installation including a new mobile canteen service counter.

We communicated with the schools building surveyor and appointed building contractor throughout the project ensuring that all time scales where adhered to and that the kitchen was ready for operation as promised.   Further improvements to equipment specification were also agreed by the school late in the project and completed in the following half term break, all to the schools satisfaction. 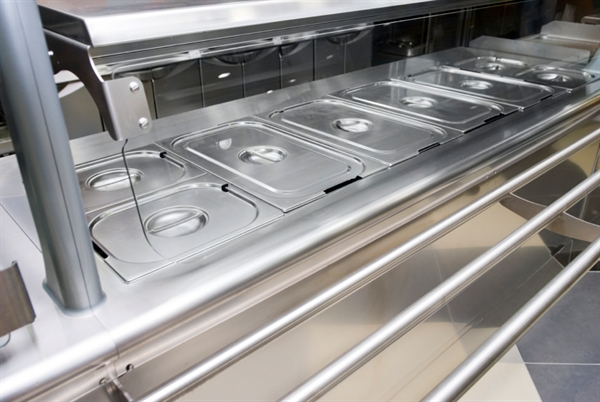 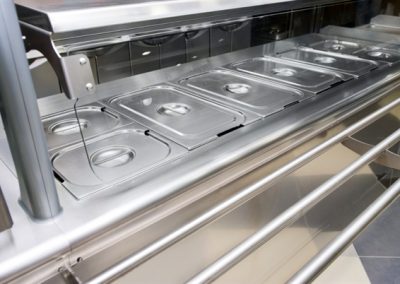 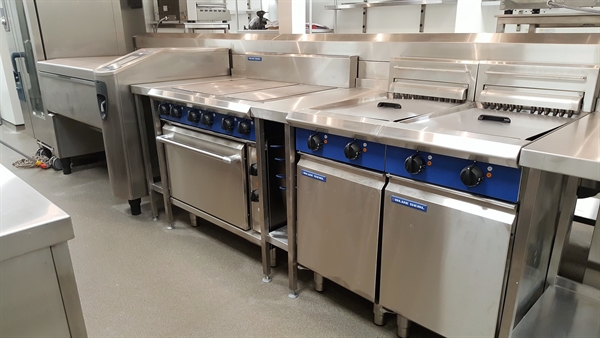